Like many people, I often read in bed. However, my wife doesn’t really appreciate me having the overhead lights on when she’s trying to sleep. I decided to solve the issue by building a more targeted reading light. Here’s a brief description of the project.

I had plenty of WS2812 (programmable RGB) LED strips left over from other projects, so these were the obvious light source, being readily to hand. These LEDs are mounted on a thin flexible PCB, so I cut out a strip of cardboard slightly larger than the LED strip and glued the LED strip onto it. This gave the strip a more rigid structure. I then taped the cardboard strip to my bed’s headboard, point downwards where I sleep. A later enhancement to the project may to find a triangular strip of wood to back the LED strip, and permanently install it using glue or screws; the duct tape tends to peel off a little and needs to be manually pushed back into place. Here’s a look at a section of the LED strip:

The LED strip needs to be controlled by some form of micro-controller; it needs to be sent commands to configure each LED’s color and brightness. I had a Sparkfun Arduino Pro Mini hanging around and selected that. Even though I’m powering the LEDs with 5V, and this micro-controller is a 3.3V device, I found the LEDs had no issue receiving and processing the commands.

I mounted everything up in a small old cardboard box that probably housed some electronic components that I’d ordered from a website long ago; very similar to Sparkfun’s red cardboard project boxes. Here’s a look inside the project box: 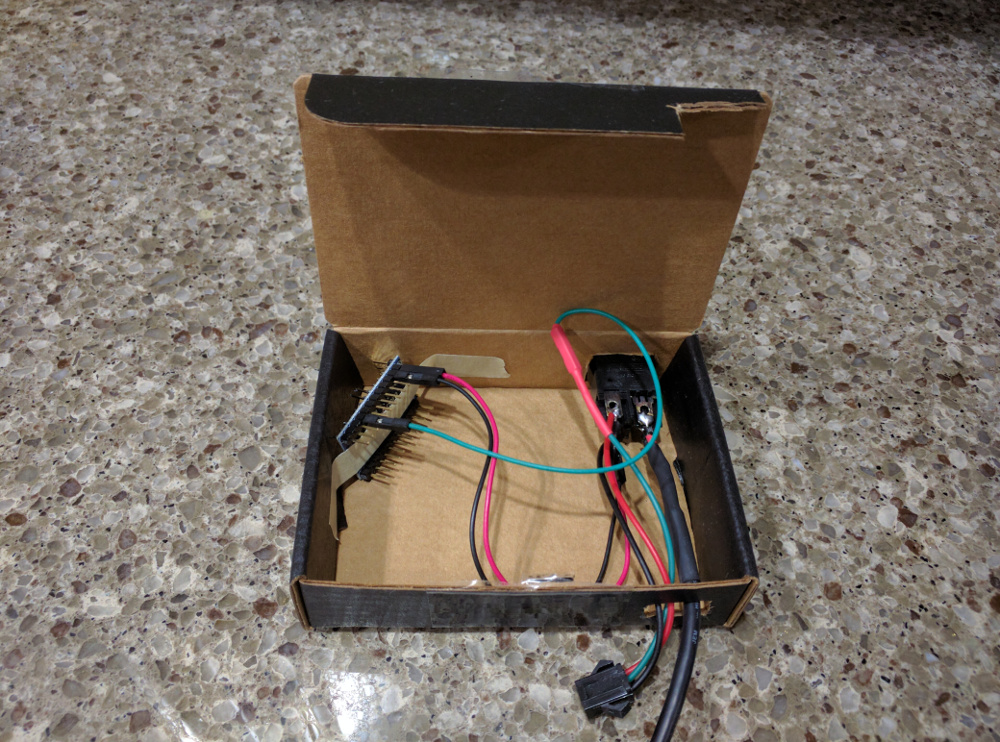 As you can see, I used a switch to cut power to the Arduino. Whenever the system is powered on, the Arduino simply turns on all LEDs to a low-brightness white. Later, I intend to add some push-buttons to control brightness, color, and/or the number of LEDs that are turned on. Perhaps I’ll even replace the Arduino with an ESP8266 to allow WiFi control, but that’s probably going overboard. Here’s a look at the box once it’s closed up and perched on top of my alarm clock radio, with the wire to the LEDs taped along the rear corner of the shelf: 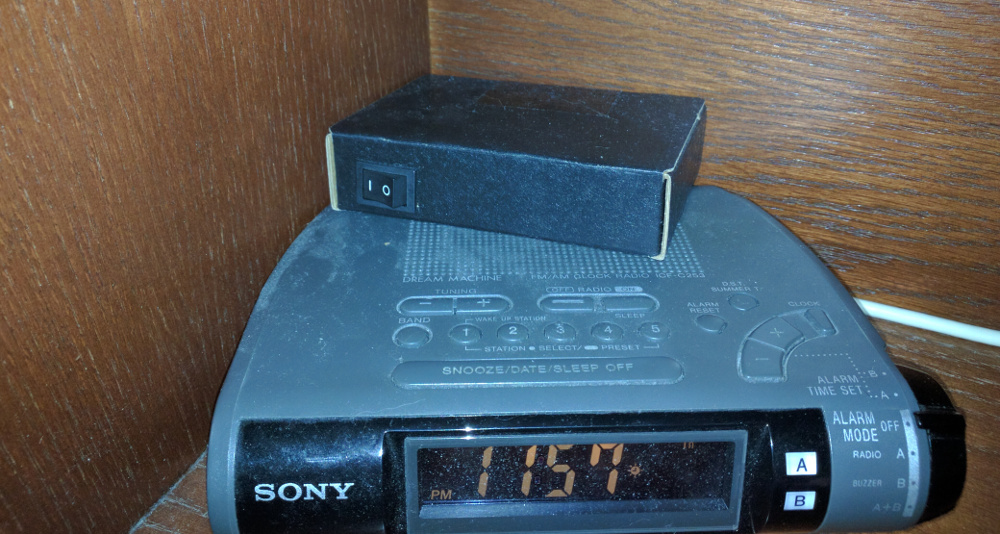 Below is a picture of the system in the dark:

Here’s a rough description of how I built the project: